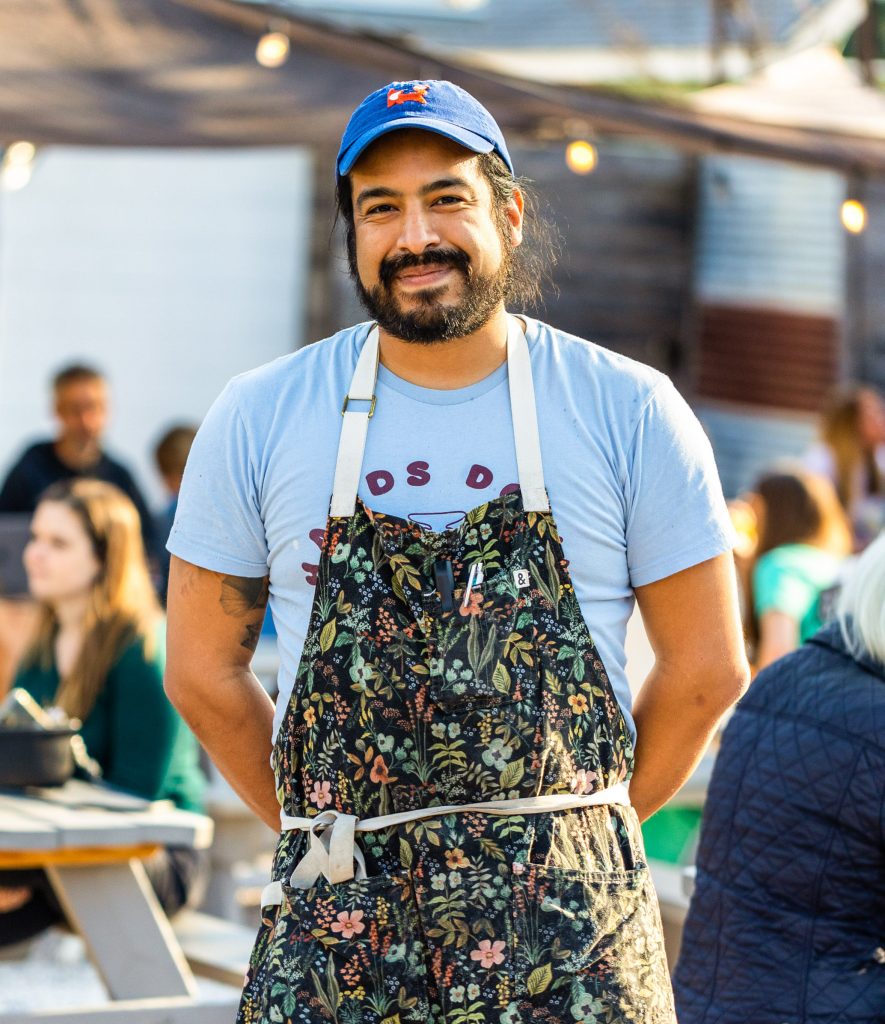 Born and raised in Texas, chef Zechariah Perez got his start in the restaurant biz a couple of decades ago at a barbecue hot spot. He worked not as a pitmaster or chef, but as a modest dishwasher. Hard work and dedication to his culinary education soon advanced him to line cook and prep cook positions. Later, after attending culinary school, Perez continued honing his craft at a variety of Texas hotels, country clubs, and eateries before joining the much-loved Bryce Gilmore restaurant group in Austin. He has spent the majority of his career there gaining cooking acclaim in his own right. For a short stint, Zechariah assisted in opening popular Austin breakfast trailer, Paperboy, while creating brunch dishes for Odd Duck; he then set his focus on Sour Duck Market, a neighborhood bakery, café, and cocktail garden, with Gilmore partner Mark Buley. Perez is now the Culinary Director for both Sour Duck Market and Odd Duck. Hard to say which restaurant you’ll see Zechariah at each day, though he continues to enchant Austin eaters with his scratch-made offerings, ranging from tacos and smashburgers to blackened redfish with medieval bread sauce or mole chicharron salads.