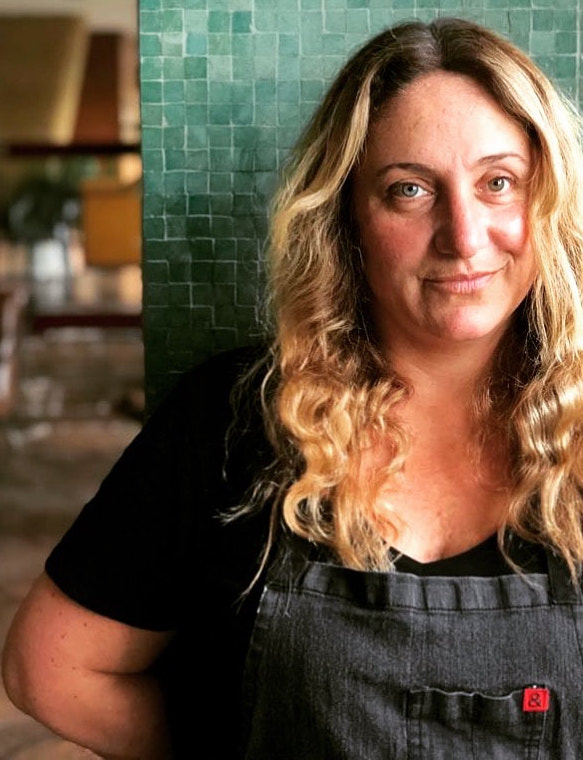 Natalie Gazaui, her interest in international flavors and culinary exploration was ignited at an early age. Raised in Montevideo, Uruguay, she was inspired by the Basque and Middle Eastern influences that surrounded her home life. She often credits being raised in a culturally rich home that initially drove her passion for global cuisine and sparked her interest in the hospitality industry.

A visual art major and photographer, Natalie went on to attend the Texas Culinary Academy in Austin, Texas, where she earned her associate degree in Baking and Pastry Arts.  Immediately following graduation, she continued her training in Monforte d’Alba, Italy where she honed her skills before returning to Texas.

In 2011, Natalie returned to Austin and joined McGuire Moorman Hospitality where she took over all pastry programs for the famed restaurant group.  Here, she developed menus, recipes and grew the pastry program for Clark’s Oyster Bar, Elizabeth Street Café, Jeffrey’s, Josephine House, Lamberts and Perla’s Seafood and Oyster Bar.

Natalie’s advanced pastry skills and culinary experience lead her to join the opening culinary team for Eberly restaurant where she created a scratch pastry program that included a range of products from hearth breads to plated desserts.

In early 2018, Natalie made the leap into the consulting industry and joined the Tatsu-Ya family of Asian restaurants as their Executive Pastry Chef consultant, a first for the brand.