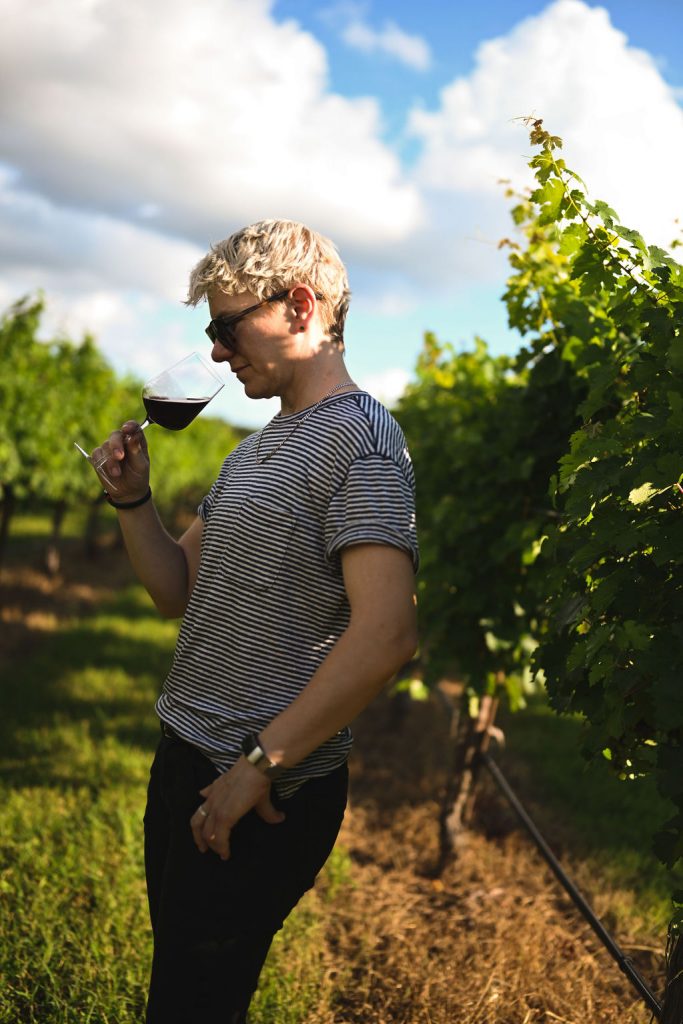 Wine for the People

Rae Wilson is a household name in the hospitality industry in Austin, TX. She was born in Chicago and grew up in Saint Louis. She moved to Austin in 2005, and left in 2008-2009 to work in wine cellars – Artesa in Napa Valley, and in Portugal at Esporão and Quinto dos Murças. Learning winemaking in established wine regions sparked a deeper understanding of the wine world, and played a pivotal role in her future.

Wilson acquired her Advanced Certification from the Wine and Spirits Education Trust in 2008 and later became certified with the Court of Master Sommeliers. With vast knowledge of European wines and relationships with restaurants across the city, Wilson began building out dynamic wine programs as a wine consultant for various Austin restaurants such as Dai Due, Apis and Thai Fresh, and took on a few Texas winery clients as she began to gain an interest in the budding region.

Her business, Wine for the People, was established in 2010 with events focused on connecting consumers with producers, and later where she’d translate her love of classic wine regions into the context of the typically-warm climate in Texas. Her first production was Dandy Rosé and from there, she co-founded The Grower Project with Andrew Sides of Lost Draw Cellars in 2016. Most recently, Wilson launched a new label called La Valentía, named after her grandmother, with two initial releases: sparkling Chenin Blanc and a Carignan Blend. In addition, she opened a joint tasting room near Dripping Springs, TX with C.L. Butaud.

The Wine for the People portfolio is dedicated to using 100% Texas fruit, showcasing the breadth of the state’s distinctive terroir via low intervention techniques. Wilson finds inspiration working directly with growers to better translate the state’s wide ranging terroir into the bottle. Dandy Rosé has been named a “Top Texas Wine” by Texas Monthly and Wilson has been dubbed as a top Texas winemaker by SevenFiftyDaily, Zagat, Forbes and more.